The Central Plains of the United States aren’t necessarily known for having a rich German culture. In fact, when you think of Oklahoma you likely think of cowboy and Native American culture instead. But a small, family-owned German restaurant in Oklahoma City is as about as authentic as anything you’ll find in southern Germany. Royal Bavaria is both a German restaurant and a laid back beer garden. 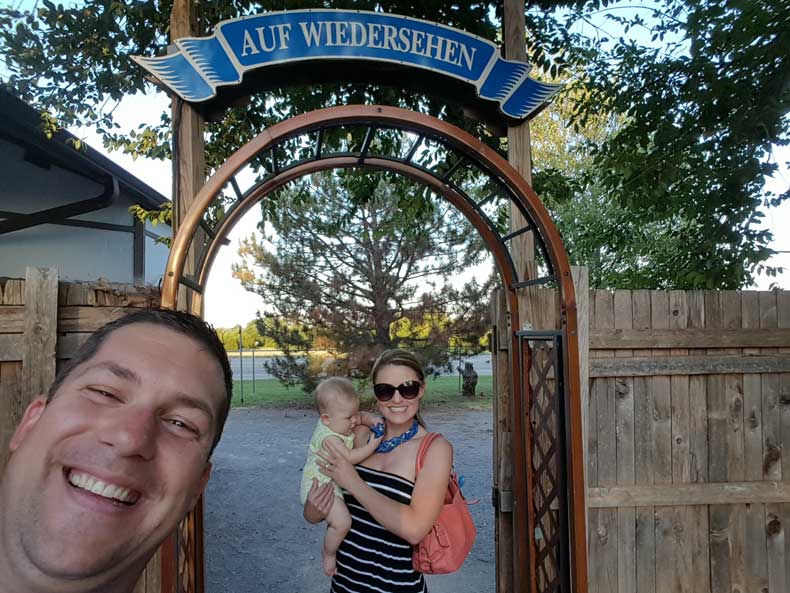 A Beer Garden and German Restaurant in Oklahoma City

Royal Bavaria rivals any German restaurant you’ll find in the United States. The owner is from Munich and has a degree in culinary art.The menu includes a wide variety of schnitzel, sausage, steak and even vegetarian dishes. In fact, we’ve never had anything at Royal Bavaria that we didn’t love. The food at this Oklahoma City German restaurant is absolutely fabulous!

One of my favorite things about Royal Bavaria (besides the food) is the atmosphere. Walk inside and you will feel like you are having a cozy, home-cooked meal at your grandmother’s house.. that is, if your grandmother is German and can make a killer schnitzel mit kartiffelbrei. 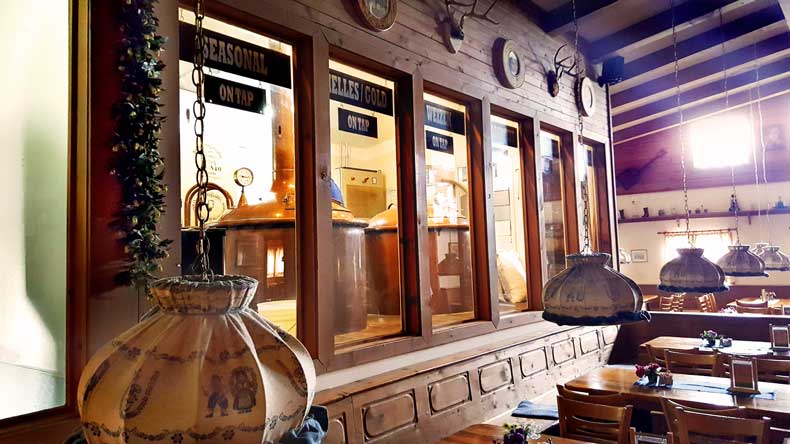 The interior is cozy and family friendly with large glass windows looking back into the brewery. Royal Bavaria also makes it’s own beer, which is served in liter boots, or half liter glasses. 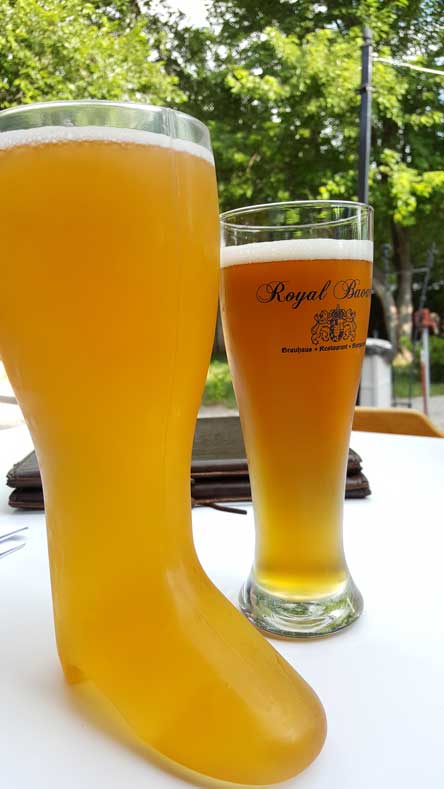 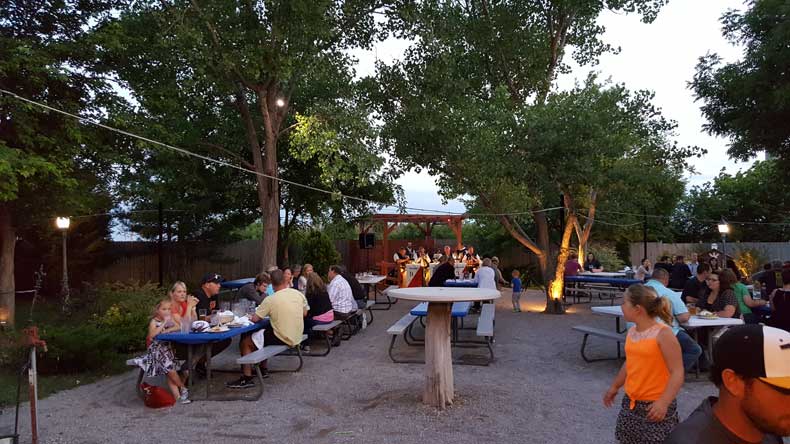 The beer garden is just like the ones you would find in Germany. It has picnic tables, live music, and craft beer brewed right at the restaurant. Although the beer is flowing, the Royal Bavaria beer garden is a great place for families. Kids are definitely welcome, and there is even a small play area where little ones can run about. It is actually one of our toddler’s favorite restaurants. She has loved their sauerkraut since she was first starting to eat solid foods. 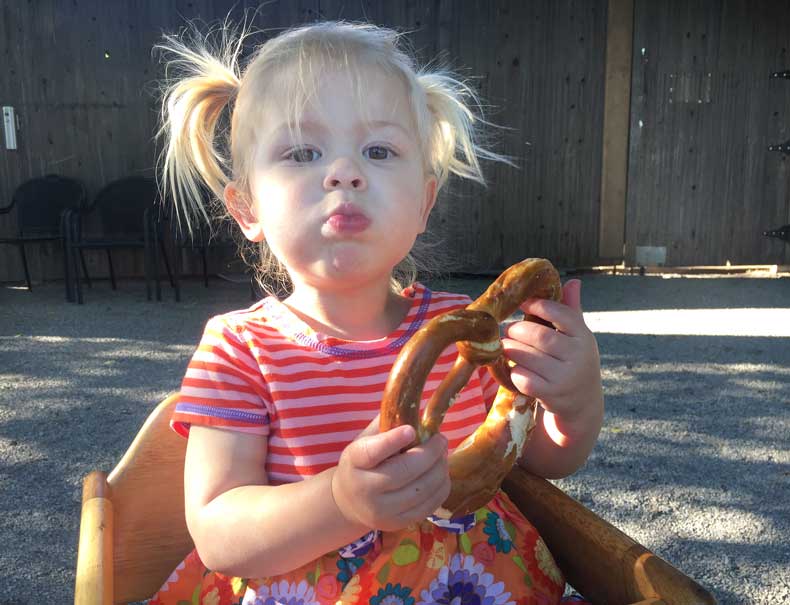 On Thursday and Friday nights, Royal Bavaria has a live band in the beer garden, which is usually a bunch of old guys playing some really awesome folk music. You can spend hours there eating, talking, and enjoying the atmosphere.

What food to order at Royal Bavaria 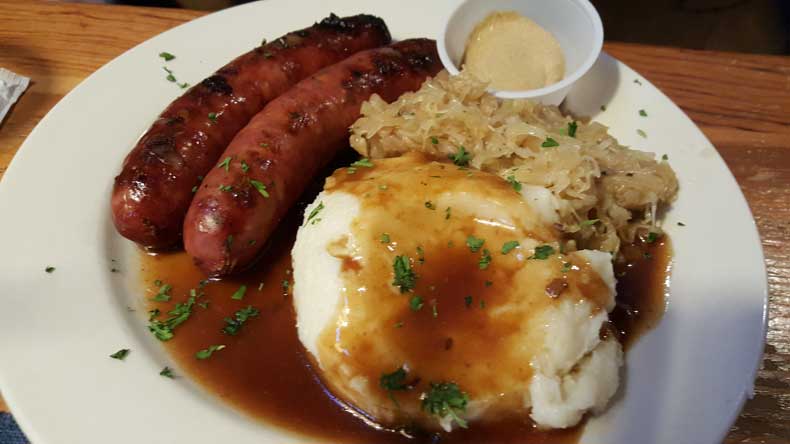 We typically get the sausage sampler for an appetizer. (Not the sausage pictured above. That’s an actual dinner.) The sausage sampler is enough to share with three or four people and comes with a generous helping of sauerkraut. My husband usually gets the Schnitzel “Berliner Art” mit kartoffelbrei, which is basically schnitzel topped with sautéed apples and onions served alongside a pile of mashed potatoes. 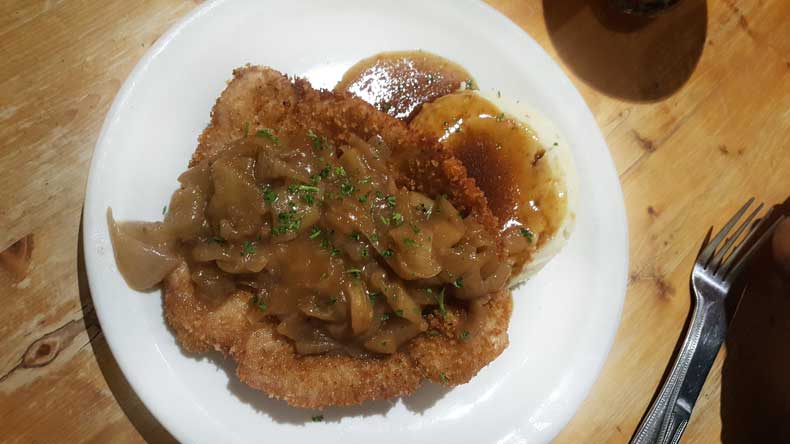 The schnitzel “Holsteiner Art” is also fantastic… It’s topped with a fried egg and Swiss cheese and is also served alongside potatoes.

Vegetarians will love the vegetable strudel. It’s actually one of my favorites, and I’m not even a vegetarian. After all that food and a beer or two, I still always try to order dessert. I am a huge dessert person and the topfenstrudl mit vanille-sauce is “lick your plate” good. 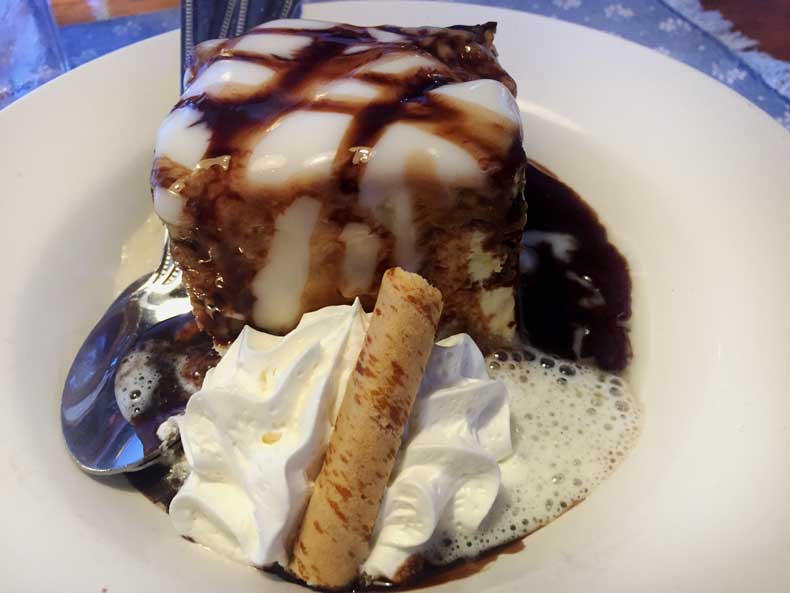 Where to find the best German restaurant in Oklahoma City

Have you visited this German restaurant in OKC? Let us know your thoughts in the comments below!

8 comments on “Royal Bavaria: A Small Piece of Germany in Oklahoma City”

OH THANK YOU!!!!! I have been craving German food (mu hubby is German and misses it too)….and we have been looking for a place within 100 miles to go eat. This is just perfect!

You will not be disappointed. On Thursday nights they have a buffet that is quite popular, although I’ve admittedly never been because my husband works evenings Sun-Thurs… We go every couple of weeks during the summer and at least once a month throughout the year because it is just that good!

Agree their food is very good. You will not be disappointed. Another Fabulous German food restaurant is Old Germany in Choctaw, OK. Old Germany Restaurant

I have also heard good things about Old Germany, but have yet to make it out that way.

You will enjoy it. They have October fest in early September. That is a not to be missed.

You can’t beat a German beer garden. And I never thought I’d like or eat so much cabbage till we spent two weeks in Gemany!

Two weeks in Germany sounds amazing. We are going in August but we will split our time between Germany and a couple of other countries, so I think we are only staying five days in Germany.

Yes, we dipped in Innsbruck for a while which is what I love about Europe, cycling around Lake Constance you weren’t always entirely sure which country you were in!